For a printable version click The Color of Sound PDF

What are the characteristics of sound? Sounds can be soothing, shrieking, harmonious, sweet, thundering, the list goes on and on – but in talking with Joshua Smith, of the Cleveland Orchestra, he said that sound can sometimes be characterized by color. I’m curious about what he means? And so the investigation continues, and this quest becomes more fascinating with every unexpected turn.

Sound is incredibly revealing. We know this. A tone of voice becomes as communicative as the words themselves. Secrets are revealed in the intimate breath of a whisper. The ears are an early warning system, constantly on patrol, looking for spatial cues. Often, as I am editing an interview to tell a story in a program, I am equally concerned with the emotional tone of a comment as I am with its intellectual flow. But, I think musicians perceive much more than the rest of us when it comes to the more elusive qualities of sound – which must be part of what Josh means by color.

Turns out, Sir Isaac Newton, who was looking for unifying principles in the universe, not only broke light into the colors of the spectrum but also tried to apply color to the harmonic relationships in music. Newton’s spectrum of light remains – but his ideas about color and music never quite fit together, and were ultimately ignored.

To find out more, I wrote to David Breitman who directs the Historical Performance Program at Oberlin Conservatory of Music. David explains,

“Musicians operate with metaphors all the time — we use space a lot (music goes up, down, forwards, back, gets wider or narrower) — that’s so we can talk about motion, which I think is a feeling we get from the music’s rhythm. Color is a property of the sound itself: really, the composition of a tone as a result of the overtone series. Usually this is along one dimension: brightness/darkness, but the more elaborate sensations carry the visual metaphor further, i.e. a “silvery” tone. Color is used rather generically (strings have a “color” and winds have a “color”) so an orchestration that takes advantage of these sounds and contrasts/combines them would be said to be “colorful” as opposed to using only one “color” (the actual color is rarely specified!) There is also a history of associating colors with individual keys (C major might be red, for example, in someone’s scheme. There was lots of this discussion in the 18th century — but people’s assignments rarely agreed.” 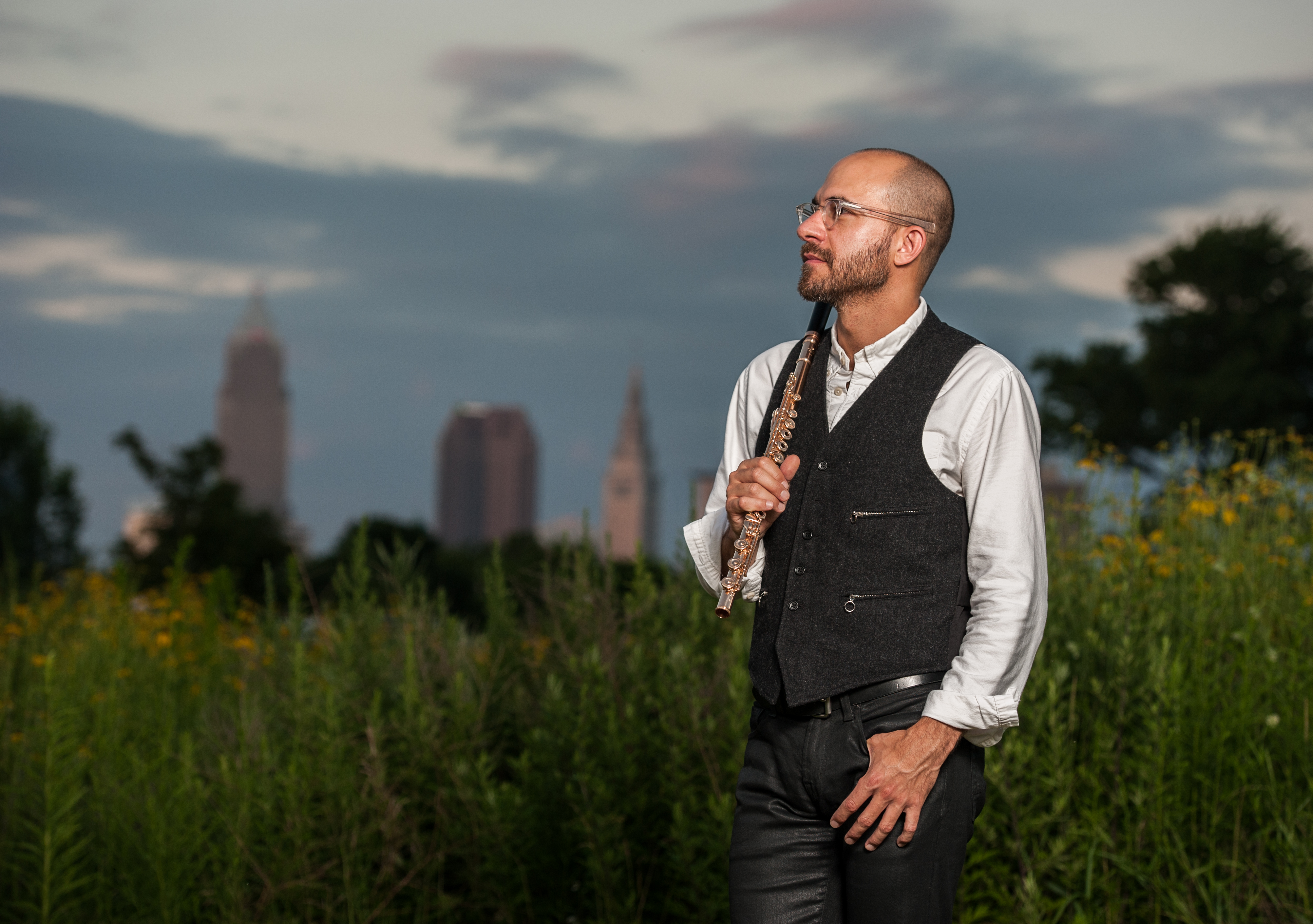 Color for Joshua Smith, however, has a personal and perhaps even more compelling meaning. Josh is the Principal Flutist of the Cleveland Orchestra and we hope to do a film project together. Josh started playing the flute when he was eight and by the time he was twelve he was proficient. He first spoke to me about the word color when he described one of his great teachers. When I do an interview, I have an ear which listens for glistening moments. I had the idea, as I listened to Josh’s tone of voice, that when his teacher brought up “the color of sound”, it was like a gate-keeper in a mythic story pointing out a secret door to an unfathomable new world.
Josh explains,

“I can remember my teacher saying, ‘OK, so this sounds beautiful but how can we go beyond just making it beautiful? What does this sound really mean?’ And then, he started talking about the idea of color in music; the idea that music can create different moods, or different atmospheres or different colors. When I think about it now, and when I try to teach my twenty year old students about this it can be challenging for them, and can sound completely arbitrary and whacko – even to fairly advanced musicians. When I was getting this first lecture, I think I was twelve.”

It is so fitting that this “call to adventure” (more about this later) happened for Josh with the flute. The flute is such a beguiling and powerfully-loaded mythic instrument. Pan, the Pied Piper, Krishna, all use their flute in spellbinding ways. Mozart’s famous opera, The Magic Flute also comes to mind. It is famous for many things, but one of the most outstanding is its magnificent opportunities for a role known in operatic circles as a colortura soprano.

Could finding out more about coloratura explain what Josh’s teacher really meant by color?

Looking this up in the dictionary I found that coloratura has several meanings. “The word derives from the Italian colorare (to colour; to heighten; to enliven) or colorazione (colouring, coloration). The term normally refers to a soprano who has the vocal ability to produce high notes (above high C). It is also applied to a voice-type, the coloratura soprano, most famously typified by the role of Queen of the Night in Mozart’s Die Zauberflöte. This type of soprano has a high range and can execute with great facility the style of singing that includes elaborate ornamentation and embellishment, including running passages, staccati, and trills.”

Those of you who know the opera are now humming the famous aria in your head. But, I don’t think, coloratura, used in this way, is what Josh’s teacher meant at all.

The project Josh and I are developing will explore the power of music including this idea of color. The potential film is the brainchild of Charles Michener. who (for a decade) was senior editor for cultural affairs at Newsweek and became a senior editor at The New Yorker, where he wrote a recent profile of the Cleveland Orchestra. Color is a mysterious metaphor when applied to music. Surely, Charles, can point the way out of the wilderness. He writes about all this very subtle and elusive stuff with astonishing clarity. 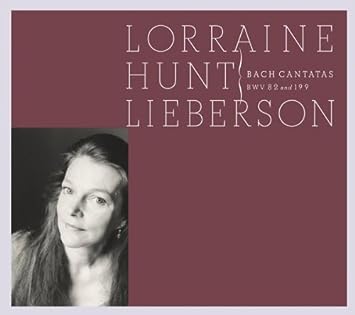 Hear that magic flute now in Charles’ descriptions of the sublime vocalist, Lorraine Hunt Leiberson, from a profile of her written for the New Yorker:

“Hunt Lieberson told me that for her the staging and the singing were “inseparable,” and on the recording she seems almost visibly present. The opening aria of the first cantata is a kind of call-and-response for oboe d’amore and voice, and the reed instrument’s plaintive, slightly distant timbre is the perfect foil for the singer’s intimate, darkly gleaming mezzo, which has a vitality beyond the capacity of any wind player. With many singers of comparable virtuosity, one hears the words as something of an afterthought; musical ravishment comes before dramatic sense. With Hunt Lieberson, the two are joined, so that the sentiment of the words—by turns yearning, reflective, and joyous—gives the vocal line its urgency and its shape, each note a specific emotional character in the gentle undertow of Bach.”

Is that great or what!? I can see Josh and his teacher, in my mind, nodding their heads in agreement. This is what goes on in a musical performance drenched in color. I may not be using the term properly but, for me, it becomes a metaphor for the creative spirit which animates great art. Something more mystical. Sound as a container for an emotional, perhaps spiritual, essence? I think the role of sound in a good film should add this elusive but powerful property of color. The music and the pictures should blend together with the chemistry and color typified by Hunt Lieberson’s perfect union of music and lyric.

This is what is interesting about all the arts. The homework is done, the lines are learned, the craft part of the work is over and now you are reaching for something beyond your grasp. Hear the flute? Will the call to adventure (in the way Joseph Campbell would describe it) be acted upon or ignored? There is a moment of vertigo when you lose your balance and you can defy gravity for a moment or two – and if you are lucky you can catch hold of something truly surprising. I’m excited and inspired by this.

If you are willing to share, and there are some very impressive readers here who hopefully will take the time to write, I’d like to hear your thoughts about color in music or even about a moment in your more creative life, when you felt that you were reaching beyond the ordinary into something deeper, something more colorful, something more profound.

Until next time, with much love,
Tommaso